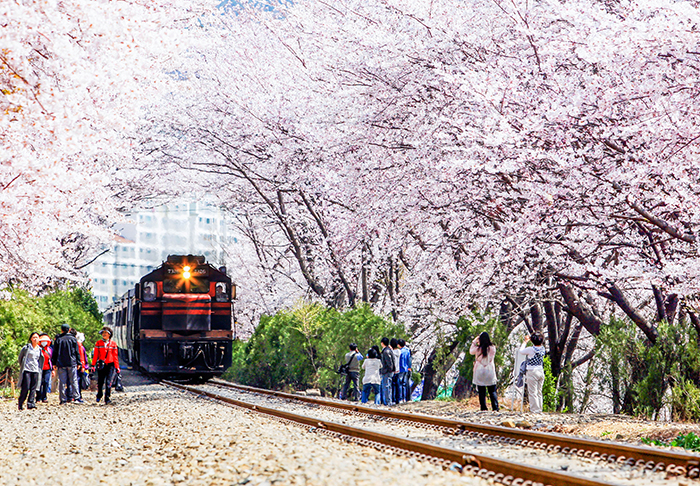 Introduction
Gyeonghwa Station is a small railway station in Gyeonghwa-dong, Jinhae-gu, Changwon-si, Gyeongsangnam-do. The station is neighbored by Seongjusa Station to the north and Jinhae Station to the south. Railway services in and out of Gyeonghwa Station have been discontinued as of February 2015. The train used to stop at the station during the Jinhae Gunhangje Festival, but now it only makes stops at Masan, Changwon and Jinhae stations.

In April, rows of cherry trees bloom along the 800 meter-long railway extending from the station all the way to Sehwa Girls’ High School. Along with Anmingogae Road and Yeojwacheon Bridge, Gyeonghwa Station is one of the top three spots in Jinhae for taking photos of the cherry blossoms. The area is often featured in Korean movies and dramas such as the film “Boy Goes to Heaven” (2005) and the drama “Spring Waltz” (2006).

Closed
N/A (Open all year round)